“We find that behaviour corresponding to “goodness” is clearly evident as a marginal aspect of nature, typical of the wolf. It is primarily evident within the flock; the structure of behaviour is such as to allow  an arbitrary expansion of its use. The final limit is determined by the conditions of survival.”
–Willy Kyrklund

The History of Goodness

A project which takes as its point of departure the Swedish welfare state’s vision of the “good society” and how “goodness” is represented in politics, art and popular culture in today’s post-utopian society.

Background of the project

In the 1930s a group of Swedish politicians, economists, architects and intellectuals united in the task of transforming Sweden from a traditional and agrarian society into a modern welfare state. The goal of these so-called social engineers was to create a “good society” and by means of various social reforms and institutions to nurture Swedes to become “good citizens.”

The concept of the home was used a metaphor for the good welfare state which was called “Folkhemmet” (The People’s Home), and where each citizen would be treated in the same way as a member of a family. The home provided also one of the most important foundations for societal reforms by rationalising everyday life and training people to be “good citizens.”

These utopian efforts have, since Gulag and the fall of the Berlin wall, been compromised and the vision of the “good society” has been replaced by realpolitik and an adjustment to the globalised economy. The concept of goodness as a positive force in society has, furthermore, been taken over by the conservative right in terms of “family values” and “civil society”.

In the fields of art and philosophy the concept of “goodness” did not arouse much interest during the twentieth century. “Goodness” has a tendency to be considered as slightly banal and uninteresting, and when goodness is portrayed in the arts, it is often connected with innocence and lack of intelligence.[2] Evil people, on the other hand, are described as fascinating and complex personalities.

The project The Ont takes as its point of departure the Swedish welfare state’s vision of the “good society” and seeks to re-evaluate this in the light of how “goodness” is represented in politics, art and popular culture in today’s post-utopian society.
‍
1. E.g. Bataille’s Literature and Evil, Ricoeur’s Symbolism of Evil, Baudrillard’s The Transparency of Evil, American Psycho, Natural Born Killers and Blue Velvet.

2. This association of goodness with innocence goes back to the story about the Garden of Eden in Genesis where Adam and Eve commit the original sin by eating the forbidden fruit from the tree of the knowledge of good and evil.
‍

Selected works from The History of Goodness 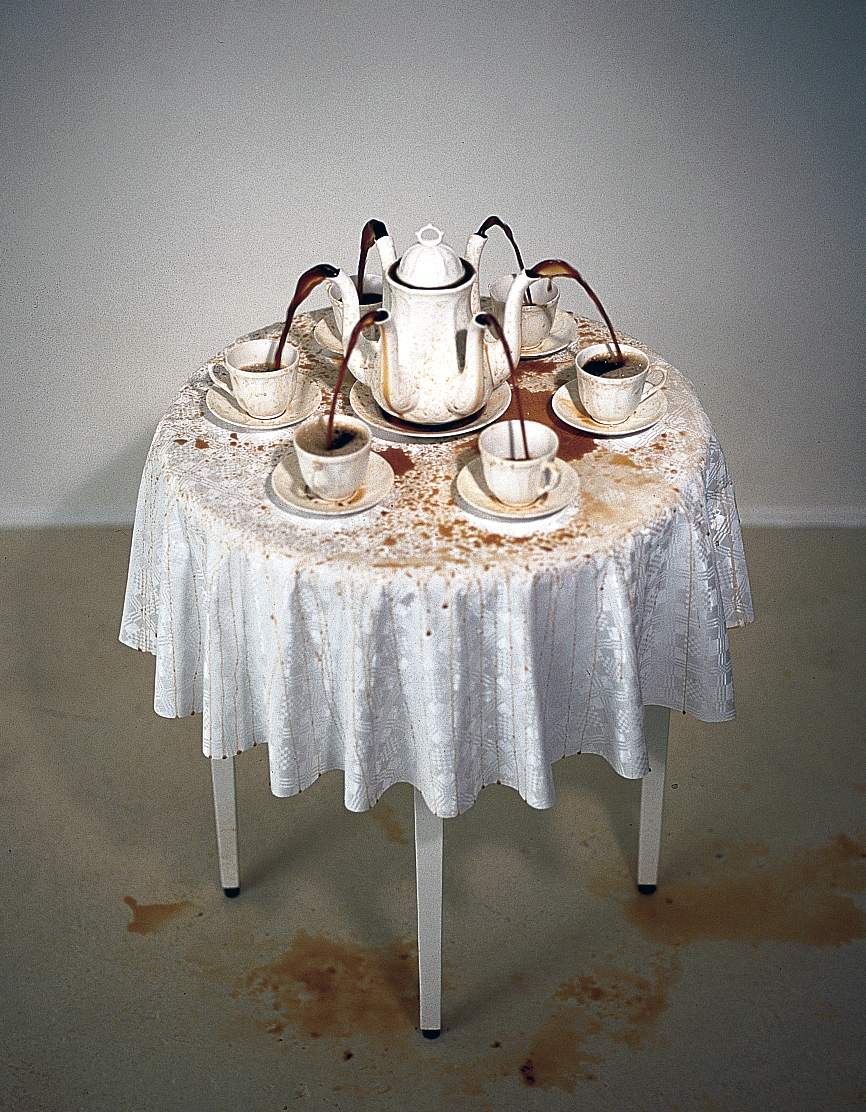