The Wonderful World of Hobbies

An exploration in the hobby world in Sweden as a neglected socio-cultural phenomenon in relation to notions of labour and rationality in the development of the Swedish welfare state from the 1930's to the present.
At the beginning of the twentieth century, with the eight-hour working-day reform and the implementation of vacations for all employed persons, people were introduced to a new concept: leisure. Prior to this, clearly defined “spare time” was a luxury reserved for the wealthier classes. But while this new phenomenon has led to profound social changes, it has been remarkably little studied by academics. “Labour” has remained the key concept in the social sciences, as well as in politics since Locke, Adam Smith, Hegel and Marx.  In this perspective the project The Wonderful World of Hobbies may be seen as an alternative history of the realization of the modern project in Sweden with the focus on leisure rather than on labour.

The project takes its point of departure in the hobby as the antithesis to the alienation of labour in the form of an alternative micro-utopia of non-instrumental creativity and self-fulfillment, where the hobby also can serve as a safety-valve for a socially acceptable form of madness where it becomes acceptable, within the limits of a hobby, to collect bottle tops or to build model railways as an adult.

The Wonderful World of Hobbies is divided into two parts:

The first part is an exploration of the philosophical, socio-political and aesthetic underpinnings of the hobby phenomenon, and is based on documentary materials from the beginning of the thirties to the present"

The second part consists of stylized versions of classical hobbies such as building model railways, DX-ing and collecting, where the strepresents a specific system of thought and is accompanied by a fictitious text about the hobbyist and his or her hobby, written in the same biographical style that one can find in hobby magazines under the title “my hobby.”

Examples of works from The Wonderful World of Hobbies 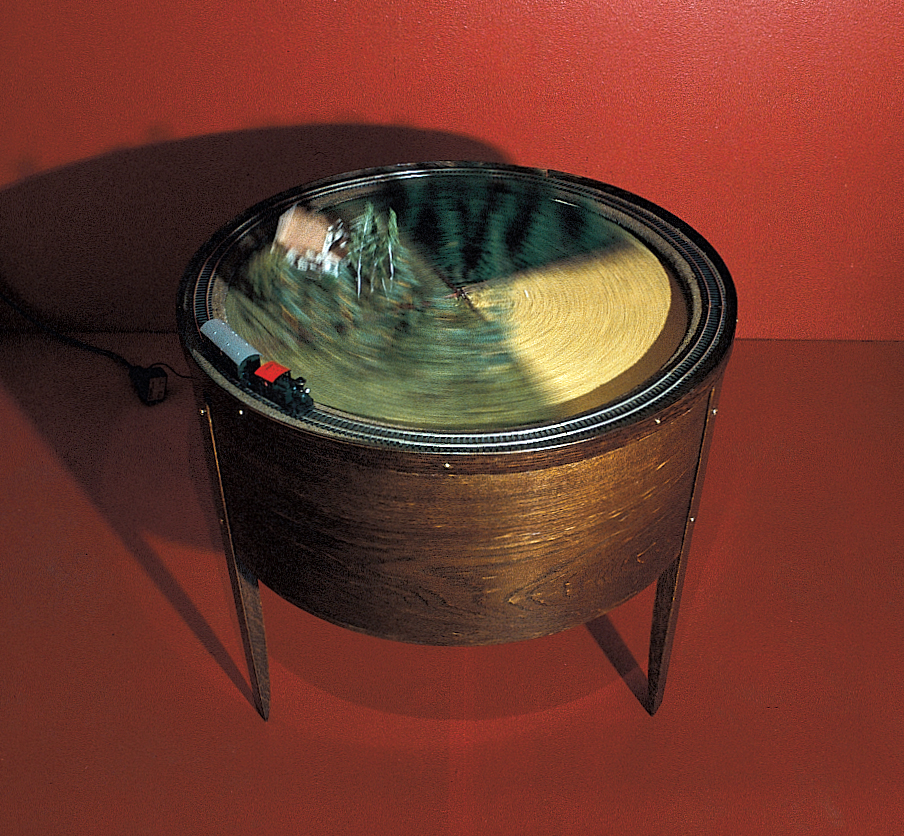 “Many years ago when a friend proudly showed me his model railway, I was struck by a long dormant memory of how, as a child, I used to go by train to my grandfather’s place in the country. When I curiously looked out the compartment window, I always experienced it as if it was the landscape which passed us and not the reverse. For me this was nothing remarkable. Rather, I simple took it for granted that everything revolved around my person: The fields, the forest and the small red cottages existed, so to speak, only through my observation of them, and the moment they moved outside of my field–of–vision, they seized to exist. When my mother, at a later occasion, explained to me that it was, in reality, the train which moved, this entire picture of the world which I had built up during my earliest and happiest time of life, was demolished.” 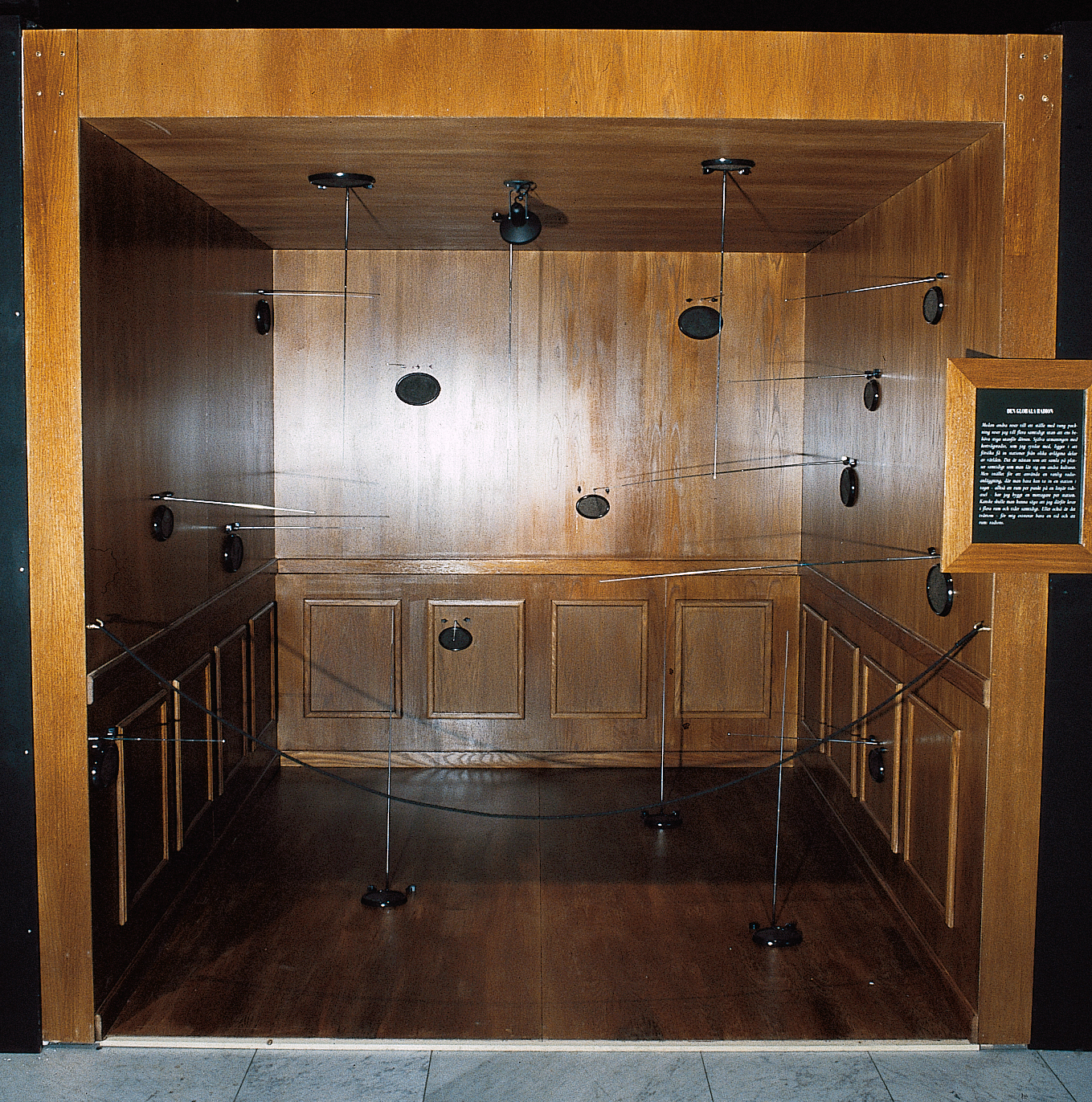 The Global Radio.1992. 240 x 240 x 240 cm. Wood, plastic, textile, metal, electronics. An installation consisting of a gigantic radio built like an oak panelled room, with radio receivers (speaker, knobs and antennas) standing out from the walls, floor and ceiling. Each receiver distributes sound from a specific radio station from somewhere in the world. Installation at Lunds Konsthall, Lund, 2001.

“While other people travel to a place carrying heavy baggage, I travel to several places at the same time without even having to step outside the door. The
challenge of short-wave radio, which I devote myself to, is in tuning in stations from distant parts of the world. It is almost like collecting places while, at the same time, learning about other cultures. But instead of using a normal receiver which can only be tuned to one frequency at a time – that is, to one space per point on a linear time axle – I have built a receiver for each station. You might say that in this way I live in several spaces and times simultaneously. Or perhaps the opposite holds good – that only a single time and a single space exist for me: that of the radio.”